At Mission Laser Dentistry, we wish we never had to tell a patient that they must have a tooth extraction.  There are a variety of reasons why extraction of a tooth must occur, but some of the most common are-Root fracture, coronal tooth fracture, extensive tooth decay and (severe) periodontal bone loss.  No matter what the reason is that necessitates a tooth must come out, the rationale for replacing that tooth is to avoid a (painless) condition called Malocclusion.  Malocclusion is simply a bite that causes undue and damaging stress on the remaining teeth.

Now why does malocclusion occur? Only through an exam appointment can Dr, Robert Faber diagnose and help you understand if you have malocclusion.  Some common causes of this condition are:untreated orthodontic conditions such as- excessive Overbite, excessive Overjet and crooked, overlapped teeth.  These causes of malocclusion should be addressed by an Orthodontist using appliances (braces) to correct the condition.  Sometimes malocclusion is the result of tooth grinding(bruxism) which causes the teeth in the upper and lower jaws to adopt a bite relationship that “wear matches” the teeth in a destructive manner.  A night guard appliance is required for bruxers.

Certainly when a tooth is extracted(with a few exceptions) there is a risk of developing another kind of malocclusion which is due to movement of the adjacent OR opposing teeth into the space vacated by the missing tooth.  These phenomena take two forms-if the missing tooth is between other teeth, the other adjacent teeth will migrate or tip into the space vacated by the missing tooth. When this occurs, the forces that the shifted/tipped/migrated teeth have to endure when one bites(occludes) becomes sub-optimal and the demise of those otherwise healthy teeth can be hastened-a slippery slope! To prevent this, the missing tooth must be replaced promptly.   The other form of malocclusion that can occur following extraction is the phenomenon of supra eruption-that which affects the tooth opposing the missing tooth.  In this condition, the tooth that used to bite against the (now) missing tooth erupts itself out of the bone and gum-almost like it is trying to find its old partner-which is now sadly gone.  When supra eruption occurs, a tooth becomes less stable and well-supported by the bone that used to solidly hold it in place.  To avoid supra eruption and the other untoward effects of missing a tooth, Dr. Faber recommends promptly replacing the extracted tooth in one of the following ways:

At Mission Laser Dentistry, we work with some great Implant surgeons in South Orange County to replace a missing tooth with a titanium fixture that is then restored with an abutment and a crown.  This is the most expensive way to replace a missing tooth and avoid the resultant malocclusion, but the result is an Implant tooth that feels like a natural tooth and can be cleaned with brushing and flossing just like a natural tooth.

A fixed bridge is a way of replacing a missing tooth which utilizes the adjacent teeth (via crowns) to support a replacement tooth(pontic).  A fixed bridge costs about 30% less than an Implant, does not involve surgery in other office and can be made in about 2 weeks, start to finish.  Dr. Robert Faber taught  bridgework (fixed prosthodontics) at University of Washington for awhile after graduating from dental school.

A removable partial denture is the lowest cost way to replace missing teeth.  It is generally only advisable if multiple teeth in the same arch(jaw) must be replaced.  Depending on the number of teeth to be replaced, the cost of this treatment is 10-25% that of Implant replacement and roughly 50% the cost of fixed bridgework.  The downside of partial dentures are that they come in and out of the mouth for cleaning and are noticeable as an “appliance” that occupies space in the mouth.  It takes some time to get used to wearing such an appliance and becoming accustomed to eating food with the denture in place is difficult for some people.

At Mission Laser Dentistry, Dr. Robert Faber is committed to giving his patients the best options for replacing missing teeth and helping prevent malocclusion in the mouths of those individuals who must lose a tooth.

Tooth Extraction – Why Should a Missing Tooth be Replaced and How is it Done?

At Mission Laser Dentistry, we wish we never had to tell a patient that they must have a tooth extraction.  There are a variety of reasons […]
Do you like it?0
Read more

What Makes a Smile Aesthetically Beautiful?

Dr. Faber loves helping his patients achieve the pleasing, white youthful smiles that most everyone desires.  At Mission Laser Dentistry we know that there are many […]
Do you like it?0
Read more

The Truth About Dental Insurance

At Mission Laser Dentistry in Orange County, we care committed to providing excellent care for our patients while helping them maximize their dental benefits.  Sometimes these two […]
Do you like it?0
Read more 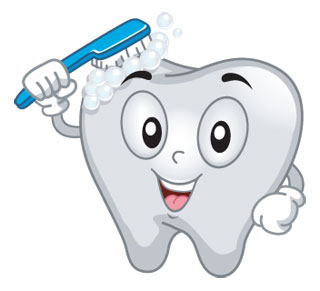 6 tips for Better Oral Hygiene (brushing and flossing) that Dr. Robert Faber teaches his patients at Mission Laser Dentistry: 1.) Hold your TOOTHBRUSH in the […]
Do you like it?0
Read more
Categories

At Mission Laser Dentistry, Dr. Robert Faber and his team strive to make every appointment comfortable and pain free. We use a variety of treatment modalities […]
Do you like it?0
Read more